“We’re so engaged in doing things to achieve purposes of outer value that we forget the inner value, the rapture that is associated with being alive, is what it is all about.”

I have a lot of ambitious friends. I always have. I never went for the quarterback; I was the girl who always had a crush on the valedictorian. I’ve certainly had my own ambitions but I just loved being around others who were strongly focused on their goals. But over the years I noticed some things that were brought to mind by Ashley’s Big Fish story. 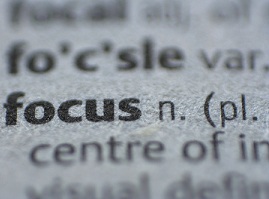 Throughout my life there have been friends who have been so focused on their careers that when they got what they wanted they realized they never made time for family. There have been friends who were so focused on having a family that they never made time to work on their lives. There were friends so focused on stability that they missed opportunities to pursue their dreams. How much time are we spending on reaching a destination while missing the many other things that make the journey so spectacular? Are we missing the forest for the trees?  Purpose and focus are important, but the experience along the way is too often seen as a burden. That experience is where we learn, where we grow, and where we live. If we are not fully in those moments along the way, reaching the end result will not be as magical as it should be, and not reaching it will be devastating.

How many outwardly successful people do you know who are miserable? And even sadder than that, how many of them have no idea why? They put all of their focus on their dream, all of their time and their energy and their resources. They worked hard at it and never let themselves get distracted. That’s what we’re supposed to do, right? To be “successful”? They got what they wanted, yet ended up feeling empty. What did they miss? Unfortunately for many, they missed a lot.

Dreaming big is important and highly encouraged. But when you do it for the experience, for the journey, it’s not as heartbreaking if you don’t quite make it there. Reach for the moon and if you miss you land among the stars, right?

I was reminded recently by a junior high school classmate how I used to tell everyone I was going to Broadway. I grew up in Pennsylvania and had only been to New York once or twice, but I knew it was where I belonged. I never had the proper training or knowledge of the industry to really have a change on the big stage or screen, but that was my childhood dream and I made sure everyone knew it. Twenty years of “sour stomachs” later, including a failed marriage, bouts of depression, heartbreak, being a broke single mom in Queens and eventually leaving the city of my dreams, I am not a famous actress. I commented back to this old friend about never making it to Broadway, and he said “But you did.”

And as I thought about it I realized that he was right. I did move to New York with no help, and throughout my 20’s while living and taking every moment as it came, and every life opportunity that came my way, I ended up planning and running big parties for the theater community, mingling with the upper crust while managing glamorous Manhattan restaurants, and eventually landed an amazing job with an office overlooking Rockefeller Center, one block from Times Square. I traveled the world with top executives, held polite conversation with world leaders, and when I had the time caught every Broadway show that I could get tickets for. Had I been so focused on just being a “star,” I probably would have missed all of that. Now, I have a life, home, friends and family that I love and my heart is bursting with joy day after day. The original dream is never impossible; it would just be a nice little bonus if it happened instead of being an albatross if it didn’t.

I missed the moon but I truly landed among the stars.

Ashley asked herself while on the boat with that sour stomach, “How much longer am I going to feel this bad?” But instead of turning around and giving up that not-so-pleasant experience, she pushed through towards her goal of the Big Fish, which she discovered in the end she didn’t really want anyway. Through that process, she was engaged and in the moment and realized that that was the reward that was worth celebrating. Make the journey your purpose, and no matter what you will end up happy with the final destination.

If you missed The Big Fish episode of Perspectives, listen now: https://www.ashleyberges.com/radioshow/are-you-missing-the-big-picture/