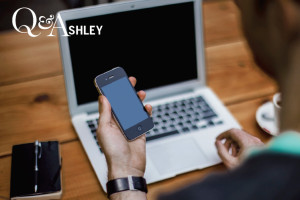 Our relationship expert parses out what to do when Mr. (Swiped) Right turns out to be all wrong.

People everywhere use Tinder, Match, Coffee Meets Bagel, and eHarmony to meet folks. But sometimes with these dating services, it’s a matter of quantity over quality. Remember, there’s no criteria to join these sites; no emotional intelligence (EQ) test or lie detector administered at sign up. There was a time when I thought these apps and sites could help people who were looking for serious relationships; however, I’ve almost completely changed my mind.

Dating apps remind me of ordering from a catalog—some items have descriptions and others don’t. Have you ever tried ordering a business suit online? I bet the answer is no, and that’s because there’s a lot to account for. It needs to fit properly, look like it did in the picture, and at the end of the day, it’s often easier to do that in person than with your smart phone. Make the effort to venture out, do things you like to do, and allow the universe to help you out. Technology and the heart never seem to go hand and hand.

Case in point: One of my clients met a woman on Tinder and they began messaging each other back and forth. They skipped phone conversations and moved straight to meeting each other at a neighborhood bar for drinks. He told me how intriguing and intelligent she seemed. So naturally, he asked her out on a second date for that coming Saturday and on another date for the following week.

But then he began getting red flags. When he’d ask her a question, he felt as though things were purposely left unsaid. He continued dating her, trying to dismiss the red flags in his mind, by thinking it was actually him overthinking the relationship. One night, after they’d slept with each other, she quickly left, explaining that she needed to get home because she had an early start the next day. Fast-forward three weeks in the relationship and the truth bubbled to the surface: She was “happily” married and living with her husband and children.

Another client who was looking for a relationship—not just sex—met a man on Match.com and began an online conversation. Even though he was significantly younger than she was, they met up for a first date and she thought he was cute and smart. They agreed to take it slow, but soon, the relationship became physically heated and laden with mind games. After seriously dating for a while longer, she found out that he had never gotten off of Match.com. When she confronted him about it, he suggested that he was waiting for them to be exclusive (a huge red flag).

So what do we take away from this? A few things. First, warning signs don’t go away. There is a reason we feel a certain way even if we can’t put our finger on it. Our subconscious can flag that we feel uneasy and cue our conscious to figure out why. Dating 101: When you feel stress and strain, there’s a reason and you need to address it ASAP. Second, when someone is confronted about why they are still using a dating service months into a relationship, excuses like “I will delete my account when we’re exclusive” or “I’m doing research for a sociology project” usually mean: “I’m not looking for a serious relationship.”

Sometimes, I feel like dating apps are the easy way out. When there’s no skin in the game, it’s easier to back out or label a relationship as something that isn’t serious. What’s funny is that we’re usually surrounded by people we could date, but we’re not paying close enough attention. So I challenge you to look at those who you may have put under the friend umbrella—because you might not need to swipe right to have a match right in front of you.
Ashley Berges is a Dallas-based life coach, family therapist, and syndicated radio talk show host of Perspectives with Ashley Berges, which can be heard on 570 AM KLIF and 660AM KKSY. She has written three books; her most recent is The 10-Day Challenge to Live Your True Life.