The Hobbit: An Unexpected Journey

Involving Others Offers a Beautiful Journey for All

Movies clearly impact our lives.  When we have the ability to attend a film’s premier, we have a unique ability to identify with that film and to hold it dear within our heart as one of our favorites.  On March 19, 2013, The Hobbit: An Unexpected Journey was released on DVD, and I bought it on Apple TV.  Sitting on my couch, the music begins and instantly brings back to my mind, the first time I saw the film.  Having the pleasure of attending the premiere in New York City on December 6, 2012 was extraordinary.  It was an extremely chilly early December evening in NYC and I remember walking to the check in and getting the passes.  After walking past the red carpet and all the celebrities, we entered one of the oldest and most coveted theaters in NYC, the Ziegfeld. As we walk inside, there we see, seas of soft drinks and bags of popcorn waiting for our grasp.  I was given a Diet Pepsi, a bag of popcorn, and a set of 3-D Hobbit glasses. 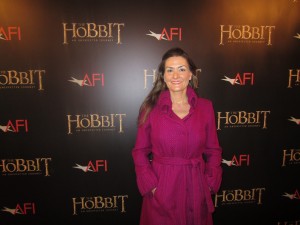 We walked into the theater and took our assigned seats.  It was a sight to behold.  People were there from all over the world wearing every type of cocktail and dress attire.  Patrick Stewart walks in and sits a couple of rows in front of us.  Then the lights are dimmed, then turned up, then down, and then once more up and with that, the President of AFI appears, and he introduces Peter Jackson.  After the cast comes up to the stage and say a few words, the lights go down and the film begins.  Being invited to a premiere of a film is not the same as being involved in the film but it is definitely closer than not.  When you are part of the premiere you feel a certain dedication to the positive outcome of the film and you hold it dearly within your heart.  Being present at the premiere is automatic vested interest to a person who loves film, loves passionate actors, and likes to see the people involved get their day in the sun. 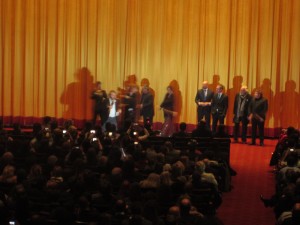 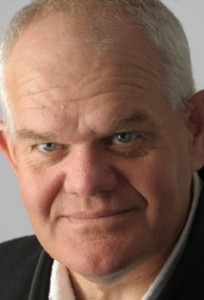 The film ran over three hours and after, we were whisked away on large buses to an event
location a few blocks from the theater.  As we exited the buses, the entire location was outfitted as if in the world of The Hobbit.  It was as if we were walking into the shire.  We began with a large feast, followed with mingling and beverage drinking/sipping.  I made friends from all over the world and was especially thrilled and very refreshing to speak with Mark Hadlow.  In The Hobbit, Mark plays the dwarf named Dori.  Mr. Hadlow is a wonderful actor and a gracious individual who exudes talent and class.  He told me about his many projects, besides the other two Peter Jackson films he will adorn, and that he is working on a one-man comedy show in New Zealand.  I hope to have the ability to see his show; I know it will be hilarious and amazing.

I had the fortune to speak with Peter Jackson, Ian McKellen, Patrick Stewart, and Liv Tyler. I realize the same feeling one has by attending a premiere is the same when one finds them self on the ground floor of something. 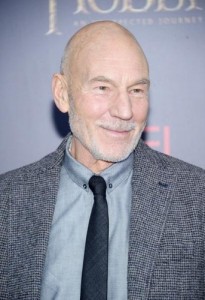 Involving people in the beginnings:

Between the Lines with Ashley Berges:  People want to know what you are doing, what you are working on, and how you feel.  If you find that untrue, then you are spending time with untrue “friends.”  If that is the case, move on, and find other friends.  For the most part, your friends and family just want to be included in your life.  Try out this concept and see what feedback you receive!

The Hobbit: An Unexpected Journey

Outside Resources to read and see more:

Peter Jackson and Company with the recent release of The Hobbit to DVD on Blu-ray and UltraViolet:

More details of the NYC Premiere of The Hobbit: An Unexpected Journey