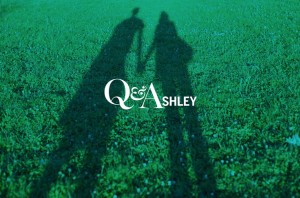 We all have our own way of coping, but our relationship pro breaks down the different ways we break up.

For the most part, being dumped is a painful process to endure. Sure, later you may look at it as a godsend, however, at the time it’s the end of the world, a painful shock, and a massive blow to the ego. Throughout my research and personal experience, I’ve deduced that the actions we take after a breakup are the opposite of what we should be doing. We tend to make bad choices when it comes to almost every area of our life. Instead of caring for ourselves, allowing ourselves to grieve, and realizing we must put ourselves first, we do the opposite.

Some of us mope around the house, and are a human part cardboard cutout of our past self. We feel as though our entire life is lost at the end of the relationship. But we don’t stop there. Instead we also don’t take care of ourselves. These people lock themselves in their M-Streets apartments and don’t eat or sleep. They just persist.

On the other hand, some of us choose to act out. We do this by drinking too much, partying too much, and going crazy. In this case, we usually act out immediately after breakup. Instead of being sad at home and letting the waves of emotions flow, we choose to drown our feelings at the Black Friar or Idle Rich Pub.

I’ve had several of my clients tell me about going out seven nights a week to hit up places in Uptown, drinking till they pass out, and doing it again the next night. A client recently went through a rough breakup and then found himself out every night, sleeping with whomever, and feeling even more empty than before. The main problem these people find is waking up every morning to the chaos and more pain when the awareness of the past night begins to slowly seep in their consciousness.

At this point we have the homebound group who internalizes the breakup and the act-out group that parties every night of the week. There’s a large part of the population, however, who deals with breakups differently—almost without thought—dismissing emotional attachment, and without acknowledging personal issues. The final group is made up of the folks who jump into another relationship immediately after the last. They don’t deal with any baggage, and they don’t acknowledge the fact that they have baggage.

When we don’t want to be alone, we will settle for anything and everything to avoid the perceived pain of being on our own. This particular group constantly finds themselves in the same predicaments. It may take years to realize the similarity of their current situation to the last failed relationship, but it eventually comes to light. Whether they want to admit it or deal with it is another issue all its own.

Life is too short to put yourself into one of these three categories. All three of these categories create situations where a person misses out on their true value and inevitably leads to regret because without knowing it, they will settle for whatever they can get. I don’t want you to miss out on a prosperous life with yourself and I don’t want you to be homogenized into one of the three categories that limits you as a caring, loving, and feeling person. Next week, we’ll talk about how to break the cycle and how each breakup personality can be happy when things end.

Ashley Berges is a Dallas-based life coach, family therapist, and syndicated radio talk show host of Perspectives with Ashley Berges, which can be heard on 570 AM KLIF and 660AM KKSY. She has written three books; her most recent is The 10-Day Challenge to Live Your True Life. Visit her website at www.ashleyberges.com.

Do you want your own personal life coach? Ashley delivers weekly broadcasts that are as thought-provoking, authentic, and powerful as they are accessible and life changing. Hosted by award-winning author and life coach Ashley Berges, Perspectives delivers original conversations that illuminate your true life’s purpose. Listen today: http://www.spreaker.com/show/ashley-bergess-tracks