How children, age 5-11, feel about Facebook and social media. 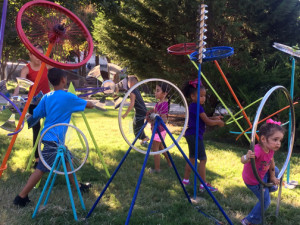 Do you know how children ages 5-11 feel about social media?

In the last few months, I attending school open houses and career days in elementary schools and began each and every discussion, in the class rooms with the children, about perspective. I introduced the concept of what a perspective is by asking the students about their family. In particular I asked the children if they were the oldest, youngest, middle, or only child. Every classroom I spoke to had an average of 15-20 students and usually two were only children. After each student told the class about their siblings, I asked them about cell phones.

How many of you have a cell phone? Almost 98% of children I asked have a cell phone. Coming from the perspective of an adult who uses social media for socializing and work, I asked the children if they use their cell phone for social media. Realizing Facebook has an age requirement that’s easily sidestepped, I asked them about Facebook, Twitter, and Instagram. I was prepared for the children to tell me how much they love social media and how many of their friends are online. I received just the opposite. The children dislike social media. They began to tell me stories of how mom and dad are online all the time, how dad is constantly on instant messenger, and how mom is always taking selfies. They went on to tell me that for the most part their parents are always on Facebook especially their moms and how the only time mom looks up from her smart phone is to ask how to upload a video, respond to a comment, accept an invitation, or help her take a picture of herself to post.

Apparently social media is a sore subject with this particular age group of kids. They continued to tell me about having to educate mom and dad on new phones, how to install apps, and how they are overall ignored. The children discussed how their parents come to school events but they’re not really there because they’re always updating or searching Facebook.

I remember when I was a child, my dad had a car phone, and I disliked that car phone. I disliked it because he was on it often and I already didn’t get to spend time with my dad very much, he was a salesman, and always out of town. On the rare occasion he was in town, I wanted to talk, catch up, and just spend time with my dad. When we would ride somewhere, I would ask him about how he was, how his work is, and where he had traveled. As I began my well-thought-out line of questioning, inevitably the phone would ring. I remember that phone ringing, I would cringe, and he would turn down the background music. He always played Barbara Streisand or Neil Diamond. I grew to love those two musicians, but I dreaded the music being turned down because I knew my dad was going to be on the phone.

He’d answer the phone and give me the “be quiet” look. I would sit there in the passenger seat with nothing to do but look ahead or rest my eyes. On these outings we were usually driving less than 45 minutes. We were either going to tutoring, a school function, or to eat. My questions went out the window and I was there waiting for my dad to get off the phone. Five minutes would go by then ten minutes then twenty. Usually we would pull into where we were heading and he’d be on the phone for another few minutes, and no I couldn’t get out of the car. It was torture as a child to just sit there, in quiet, with nothing to do, and no communication. As I listened to the children talk, I realized that’s exactly how they feel about social media. Their parents, head buried in the smart phone, updating their status and waiting for approval through the receiving of likes & comments. These kids are furious and dislike/hate social media because it takes their parents away.

What can you do to limit your social media in order to spend “real” time with your children?
1. Social media is addicting. Realize the addictive quality and lessen your intake. Begin by slowing down your updates and posts. If need be, see the silver-lining, remember not posting as much makes you more mysterious and interesting.
2. Recognize the difference between reality & social media. If we’re not careful, we begin to believe everything we read and see on social media.
3. Spend “REAL” time with your kids. I assure you, you will never look back and wish you had spent more time on social media.
4. Be the example! Help your children understand and realize the importance of living in the present moment. The only true way to help your children understand is to be the example they learn from. If you’re mesmerized by your smartphone and on it constantly, they will learn from your example. On the other hand, if you’re engaged in activities without your phone you are an example of living in the moment not being a spectator. 🙂